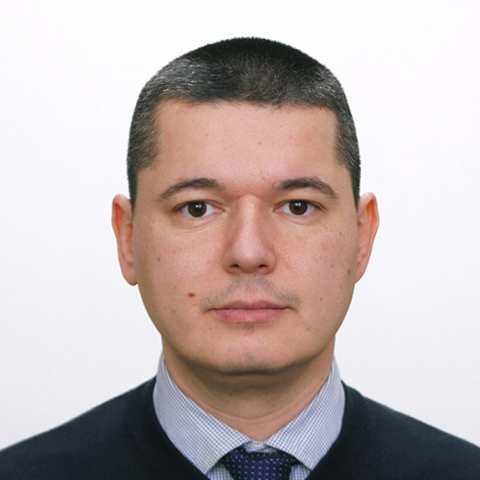 Prof. Pedja Kovačević, MD, PhD, Chief Medical Officer, works as an associate professor for physiology and medicine at the Medical School, Universities of Banja Luka and East Sarajevo, Bosnia and Herzegovina. He is also the Head of the Medical Intensive Care Unit (MICU) at the University Clinical Centre of the Republic Srpska. It is the first MICU in Bosnia and Herzegovina, where he played the leading role during the establishment.

Besides completing his formal education, Dr. Pedja Kovačević participated in several additional educational programmes in the field of critical care and received two awards – a scholarship grant for Young Fellows of Developing Countries from the American Thoracic Society Assembly on Critical Care in 2006, and Fellow of American College of Chest Physicians in 2019. He is also the editor-in-chief of several books and the Respiratio medical journal, and has confirmed his scientific work by publishing more than 25 scientific papers.

He encourages all researchers and healthcare professionals to apply for the International Medis Awards, especially from low- and middle-income countries. He believes that the contest is a great way to show that research can be done in less than ideal conditions, and the award can enable further developments for these areas.

Being a member of the International Scientific Committee is a privilege and an honour for me. I decided to accept this role because biomedical research, especially in critical care in low-income and middle-income countries, is not sufficiently developed. Without research as one of its crucial links, the chain of intensive care medicine development is not possible.

„In order to get somewhere and achieve something, it takes a lot. Just like with every other thing, perhaps even more. First of all, you have to get through the deep darkness, through the muddy village and the pack of untied dogs in it. After that – if there is anything left of you – you have to wait for the morning, show up among the people who are ready to fight and talk, and be like them, but if possible, stronger and better than them.”