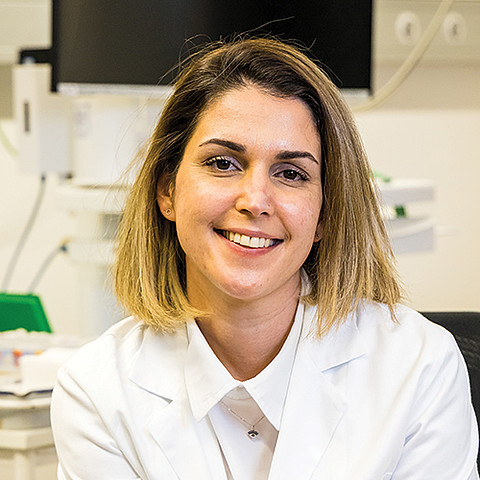 Robab Breyer-Kohansal, MD, from the Ludwig Boltzmann Institute for Lung Health of the Clinic Penzing in Vienna, Austria, feels very privileged because in science researchers often do not know, even after publication of a manuscript, if other researchers appreciate the work and the efforts behind it. Through such a nomination, you receive a kind of a confirmation that other experts acknowledge your analysis and believe that it implies novel findings. She was also excited to tell her co-authors that their collaboration and teamwork are noticed internationally.

Robab Breyer-Kohansal feels very fortunate to work at the Ludwig Boltzmann Institute for Lung Health at the Clinic Penzing in Vienna where science has always been a central topic and the environment is researcher-friendly. The institute has given her a home for her research. Nevertheless, the research funding situation will always be very challenging and needs a lot of effort from herself and the entire team at the institute. She believes that medical research, especially lung research, will be more in the centre of attention in the future due to the pandemic.

Due to the current situation, respiratory symptoms are talked about more. Cough is not only cough. Symptoms are an expression of a functional impairment. Something is going on in the body which needs attention.

Her first contact with science was in medical school when she started working in clinical trials. This work was very exciting for her and it felt important for the patients. This was the time when she became committed to research. A lot has changed in medicine over the past ten years.

Medicine today is different than it was ten years ago. In my opinion, the focus is no longer just on a single organ. We therefore are considering more the interactions with other organ systems. I also think that due to the amount of novel and increased knowledge about diseases and the continuous development of therapy options, the need for specialisation of doctors increased over the last years.

She is mainly a clinical doctor, and a researcher the rest of her time. Therefore, spare time is very, very precious and she loves to spend it on a bicycle, at a theatre or in a museum with her twins. Apart from that, she has always enjoyed reading a good book, currently “Invisible Women” by Caroline Criado Perez.